Pregnancy is a known risk factor for venous thromboembolism (VTE). Approximately 14% of maternal deaths in developed countries are due to VTE. The incidence and prevalence of VTE in obstetric patients varies depending on the population studied. Several VTE risk assessment tools have been created and validated using intensive care and surgical patients but have not been validated in the obstetrical population. It is not clear which factors in pregnancy and delivery confer a higher risk of VTE development in women. Specifically, at the time of admission for delivery, it has not been identified which factors are associated with highest risk of VTE and which risk assessment models best stratify obstetric patients for anticoagulation prophylaxis.

Our objective was to compare the different risk assessment models (RAMs) and determine which RAM is the most effective at capturing high risk patients while remaining easy to use for providers at the time of initial assessment.

This was a cross-sectional study evaluating 507 deliveries during November 2018. Patients were excluded if they had a hospital length of stay >7 days, were already on anticoagulation during the antenatal period, or lacked data. A total of 5 VTE cases were identified from 2013 to 2018. Through retrospective chart review, 6 RAM scores (ACOG,CMQCC, ACCP, RCOG, Caprini, Padua) were calculated for all subjects at time of admission to labor and delivery. Chi-square and T-tests were used to ascertain the presence of significant associations between age, body mass index (BMI), mode of delivery, estimated blood loss and high risk RAM score.

We compared RAMs in their ability to risk stratify VTE cases and controls. The RCOG and ACCP tools both classified 100% of cases as high risk. RCOG and ACCP captured 44% and 10% of controls as high risk, respectively. The modified Caprini classified 80% of cases and 98% of controls as high risk. CMQCC, Padua, and ACOG performed poorly in capturing cases of VTE and were not further analyzed. On further analysis of RCOG, Caprini and Padua scores, there was a significant association between age ≥30, BMI ≥30, and postpartum hemorrhage (estimated blood loss (EBL) ≥1000 mL for cesarean deliveries; ≥500mLfor vaginal deliveries) and a higher score.

Factors that most influence VTE risk include age≥ 30, BMI ≥30, and postpartum hemorrhage. Compared to the Caprini score, the RCOG and ACCP tool accurately identified all confirmed cases of VTE as high risk patients without requiring anticoagulation for the majority of control patients.

The RCOG or ACCP tool should be strongly considered for implementation for identification of obstetric patients who would benefit from VTE prophylaxis. 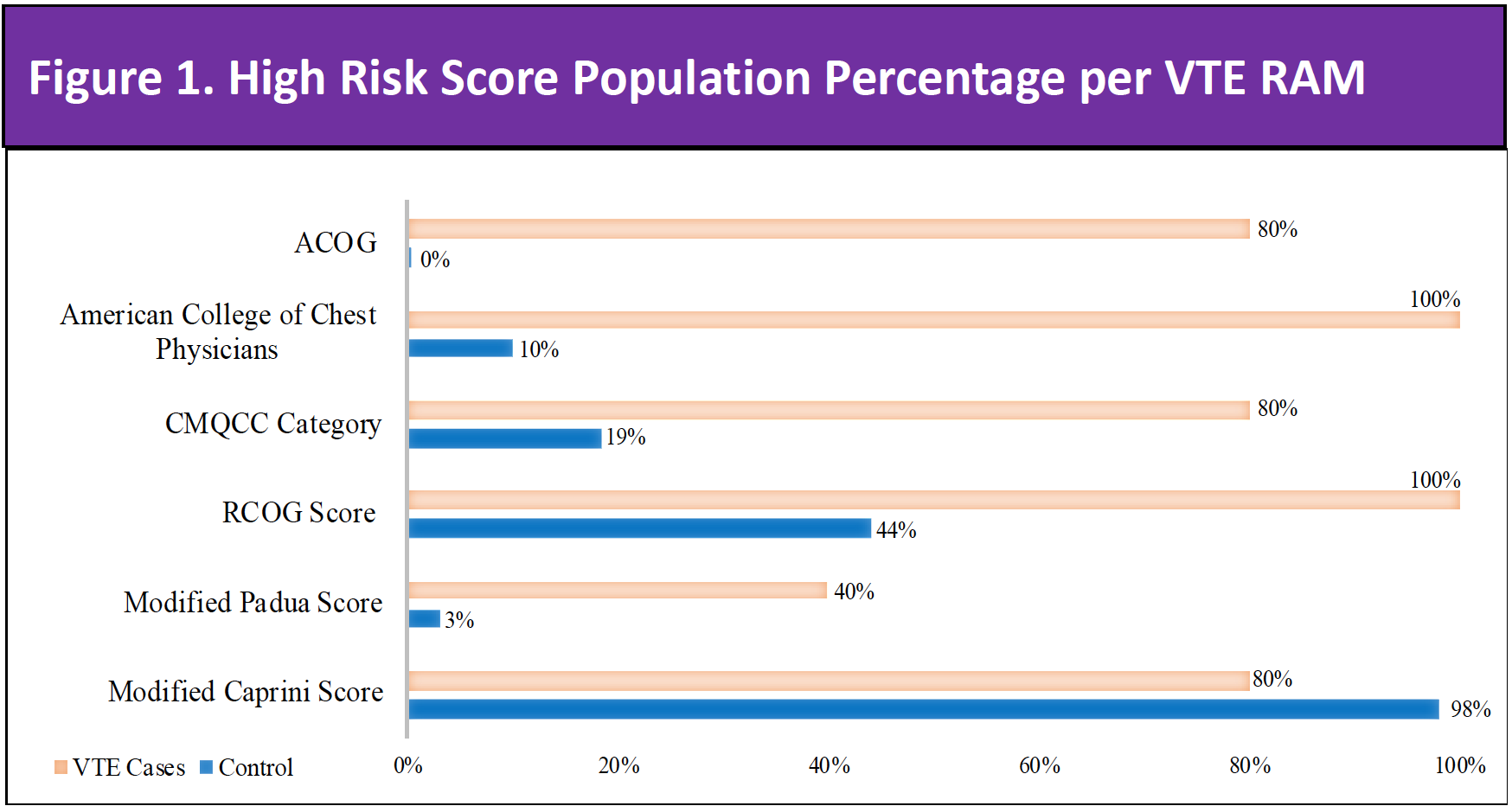 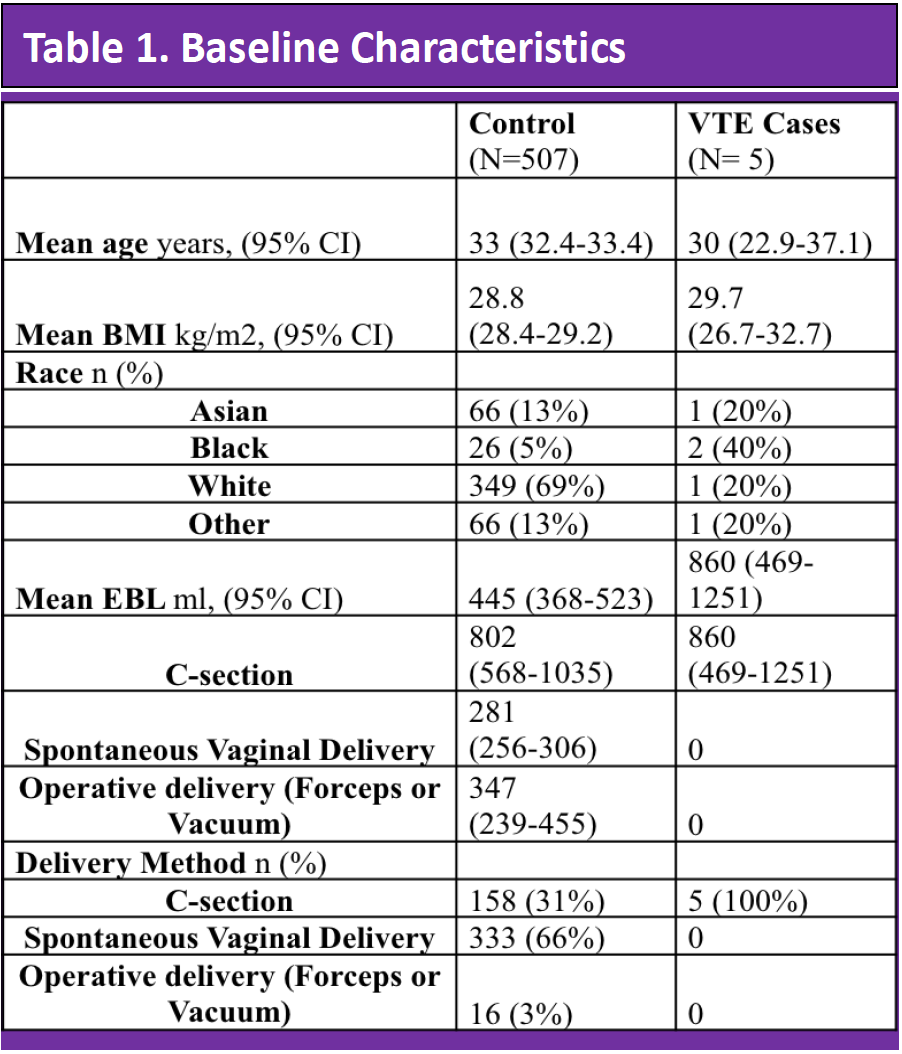