It is well-documented that certain antipsychotics have the potential to cause QTc prolongation and increase the risk of rare, but dangerous, heart arrhythmias such as torsades de pointes. QTc monitoring requires EKGs, which costs providers time and inflicts wear on the machines. While there are established guidelines that specify the frequency for outpatient QTc monitoring after administration of new antipsychotics, there is no equivalent set of guidelines for inpatient monitoring. This is problematic, because inpatients have comorbid conditions and medications that may necessitate a different monitoring frequency.

The study objective is twofold: First, to assess baseline EKG monitoring frequency among providers at a large tertiary academic center. Second, to analyze retrospective data on EKG ordering to determine the optimal frequency of QTc monitoring – one that minimizes waste without harming patient safety.

We performed a survey of providers on inpatient medical units at a large tertiary academic center regarding the frequency with which they perform EKG monitoring after prescribing a new antipsychotic. We also performed a retrospective chart review of inpatients on acute medical units beginning an antipsychotic, looking at the frequency of EKGs during that hospital stay and whether any management changes resulted from QTc monitoring.

The survey showed wide variation in EKG monitoring practices. Out of 95 respondents, sixteen (16.8%) reported “daily” EKG ordering, 32 (33.7%) reported “about every other day,” 33 (34.7%) reported “less than every other day, but at least weekly,” and 13 (13.7%) reported “less than weekly” EKG ordering. Results from the chart review showed no significant differences in management changes between patients receiving daily EKGs in comparison to those receiving EKGs less frequently (p=0.68). Further, patients with an initial QTc < 460ms had significantly fewer management changes than their counterparts with QTc ≥ 460 (0 of 55 vs. 10 of 50, respectively, p <.001).

The wide variation in EKG monitoring practices suggests some providers are ordering EKGs wastefully, while others may be underordering and potentially compromising patient safety. For patients with an initial QTc < 460ms, there were no management changes, regardless of the subsequent number of EKGs obtained, suggesting these patients may not need EKG monitoring beyond a baseline. For patients with baseline QTc > 460ms, monitoring QTc every day seems unnecessary. Determining the optimal rate of QTc monitoring for these patients will require further research. Establishment of further research-driven guidelines could help to ensure patient safety while minimizing waste.

Providing evidence-based guidelines for ordering EKGs in inpatients newly started on antipsychotics could address the current lack of uniformity in ordering habits. Further, by reducing EKG waste, provider time and machine maintenance costs will be reduced. Ultimately, a comprehensive set of EKG ordering guidelines will be produced, followed by educational initiatives and prospective monitoring of their impact. This will require further study. 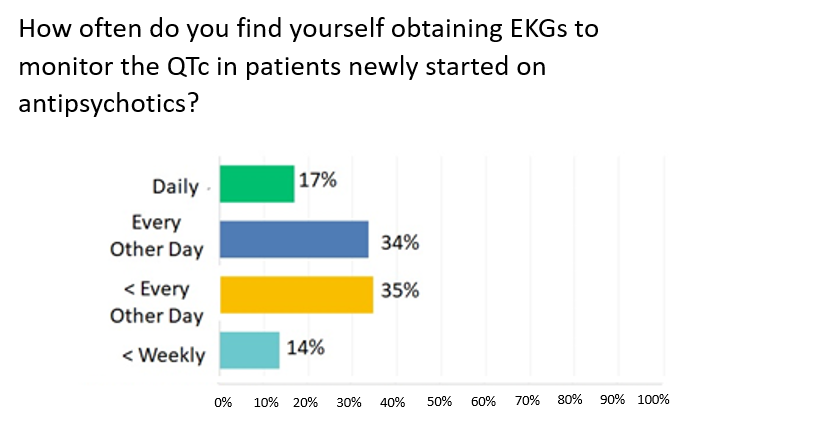 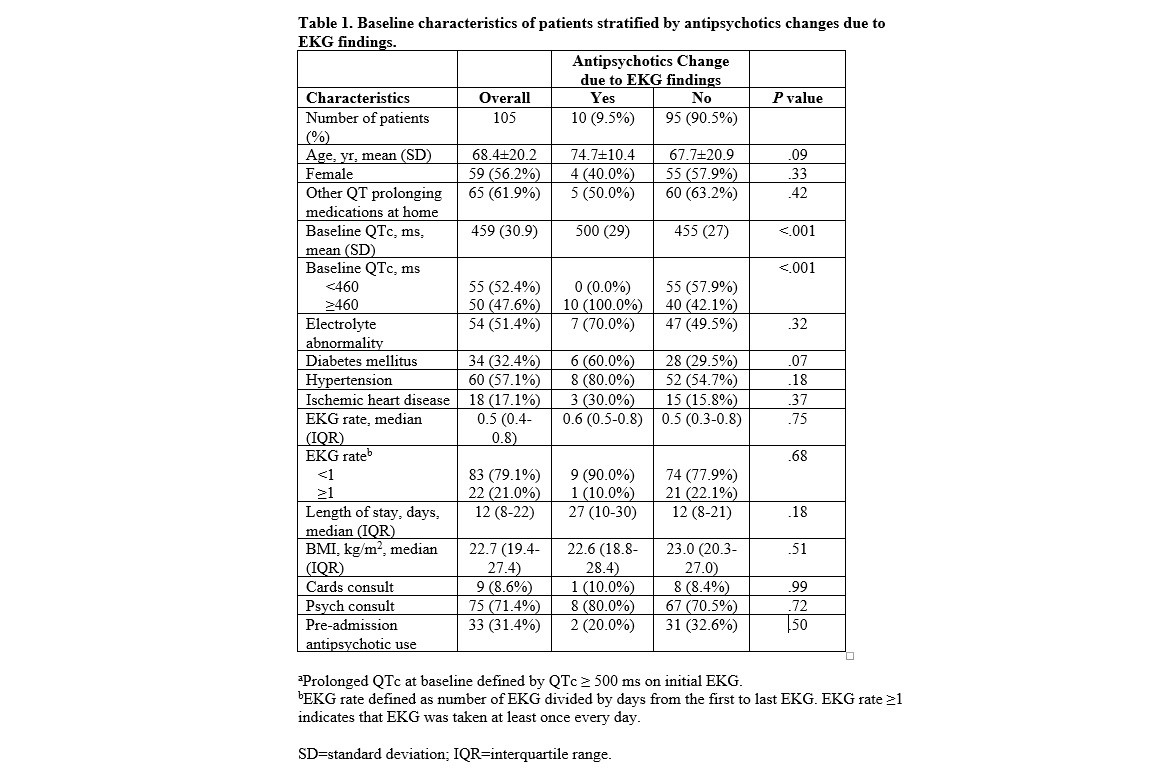