Standardization has been shown to improve efficiency and safety of care that is provided to patients. This work integrates evidence based pathways into the EMR in order to both improve efficiency, educate, and maximize value bolstered by evidence in the literature. Building on previously presented value improvement with this project we will present data on improvement in our chest pain and DVT/PE pathways using these methods.

A clinical operations based committee consisting of two-three physicians, a nurse, a pharmacist, and an advanced practice provider as well as informatics specialist met weekly to develop and review pathways based on the up to date accepted literature for a given indication. The AGILE program was used so that orders including appropriate labs, imaging, medications and consultations could be directly integrated into the flow diagram to maximize efficiency and ease of use for each of the pathways which were subsequently directly integrated into the EMR with direct links to the supporting evidence.

A feedback system was available for providers to raise questions and concerns which were reviewed at weekly meetings, and actions taken for resolution were emailed to the provider who gave the feedback. References to evidence basis was linked to each pathway so that trainees could readily review the direct literature from which pathways were derived. Additional education tools included the integration of clinical calculators and GIFs for complex processes such as the Eply maneuver.

Goals for value improvement were identified for each pathway. We previously presented data on improvement in syncope and dental pain pathways. Recent analysis demonstrates improvement in one day LOS for chest pain patients, a reduction in admissions for low risk DVT/PE patients, and improved use of DOAC’s for treatment of DVT/PE.

Since the initiation of the AgileMD program, 70 pathways were developed and are active in the system. Goals have been identified for the majority of pathways and dashboard development is ongoing. Building on prior presented work.

Chest pain patients were noted to have a reduction in admissions with a one day length of stay (See Figure 1). Low risk patients with DVT/PE were less likely to get admitted to the hospital following implementation of the DVT/PE pathway and were more likely to be appropriately prescribed DOAC medications- avoiding the need for continuous outpatient INR monitoring (See Figures 2 and 3).

Implementation of the AgileMD program has been useful as an education tool in real time in addition to leading to measurable improvement in value based metrics for many of the pathways implemented. It should be noted that there is some effect noted after implementation even for those that did not use the pathway which may be the effect of those that have learned the pathway demonstrating cultural uptake in the department. Integrating pathways into EMR allows for teaching and standardizing evidence based practice and improving value. 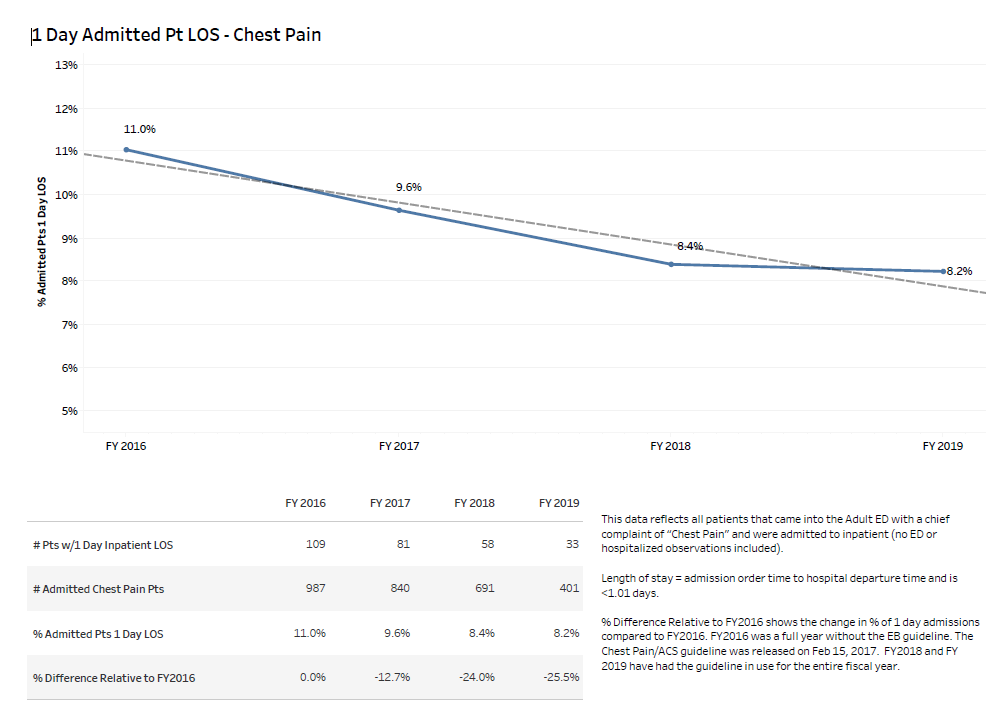 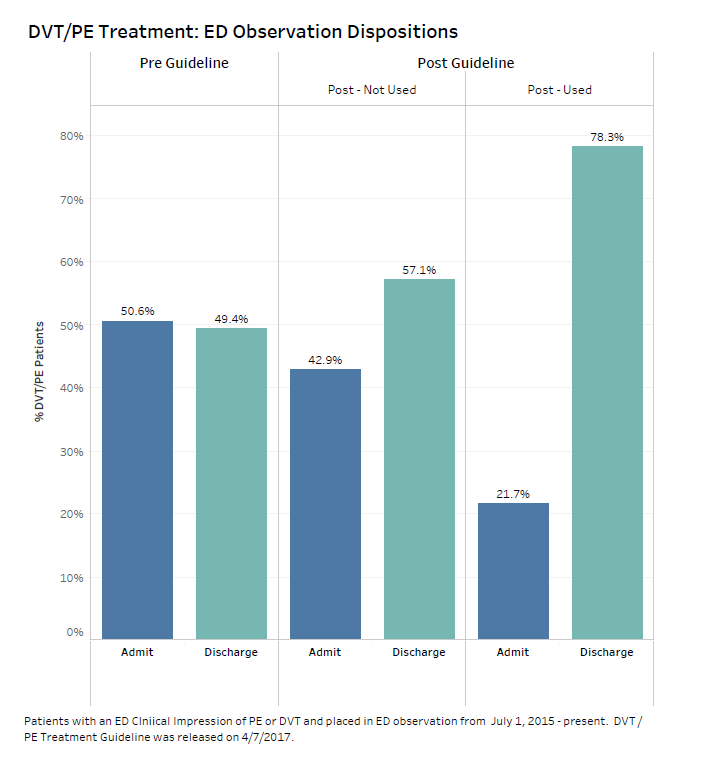 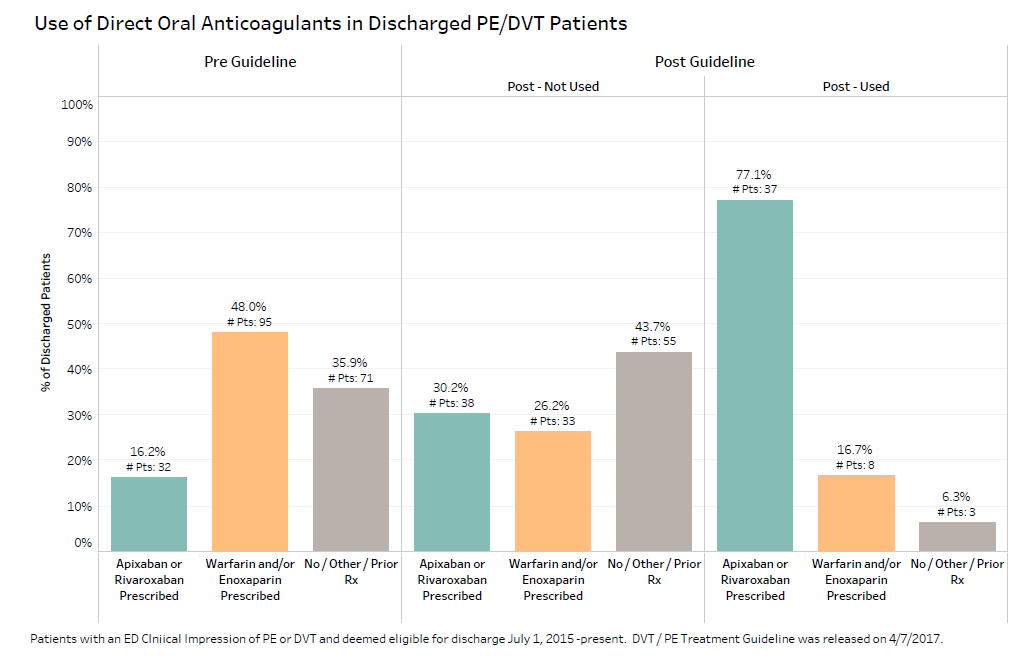