Neurologic patients are at high risk for developing pulmonary embolism and deep venous thrombosis. Previously at UPMC, a venous thromboembolism (VTE) prophylaxis protocol for Neurologic Patients did not exist. Decreasing missed doses of VTE prophylaxis has been identified as a modifiable factor to reduce VTE.

To create a quality improvement (QI) project focusing on improving rates of venous thromboembolism (VTE) in Neurology patients by decreasing the number of missed doses of chemoprophylaxis.

A total of 4700 Neurology patients were analyzed, 2300 (49%) patients from before protocol implementation and 2400 (51%) after protocol was initiated. Rates of LMWH increased significantly after starting our protocol (2% before vs 85% after), demonstrating a switch from UH to LMWH. In one year, our VTE prophylaxis protocol reduced missed doses by a relative reduction of 41%. Before intervention, the rate of missed doses was 8.57% and afterwards it decreased to 5.1% (p value = < 0.0001). After QI intervention implementation, the missed doses rates decreased for both the Neurology floors and Neurovascular ICU patients. The rate of missed doses in Neurovascular ICU decreased from 5.0% to 3.17%, which is lower than the average missed doses rate in 2018 for all Neurology patients. In contrast, the missed doses rate on the Neurology floors decreased from 9.50% to 5.6%, indicating an area for future improvement. Over the one year period, the amount of injections that nursing had to administer was reduced by 6000 subcutaneous injections.

Development of a new VTE prophylaxis protocol using daily LMWH and dedicated nursing education significantly decreased rates of missed VTE chemoprophylaxis doses. After protocol initiation, missed doses were lowest in the Neurovascular ICU, indicating an area for future improvement which would target to Neurology floors. The QI intervention also led to decreased nursing workload. The impact of lower missed VTE chemoprophylaxis doses on rates of VTE in Neurology patients is a focus of future analysis. 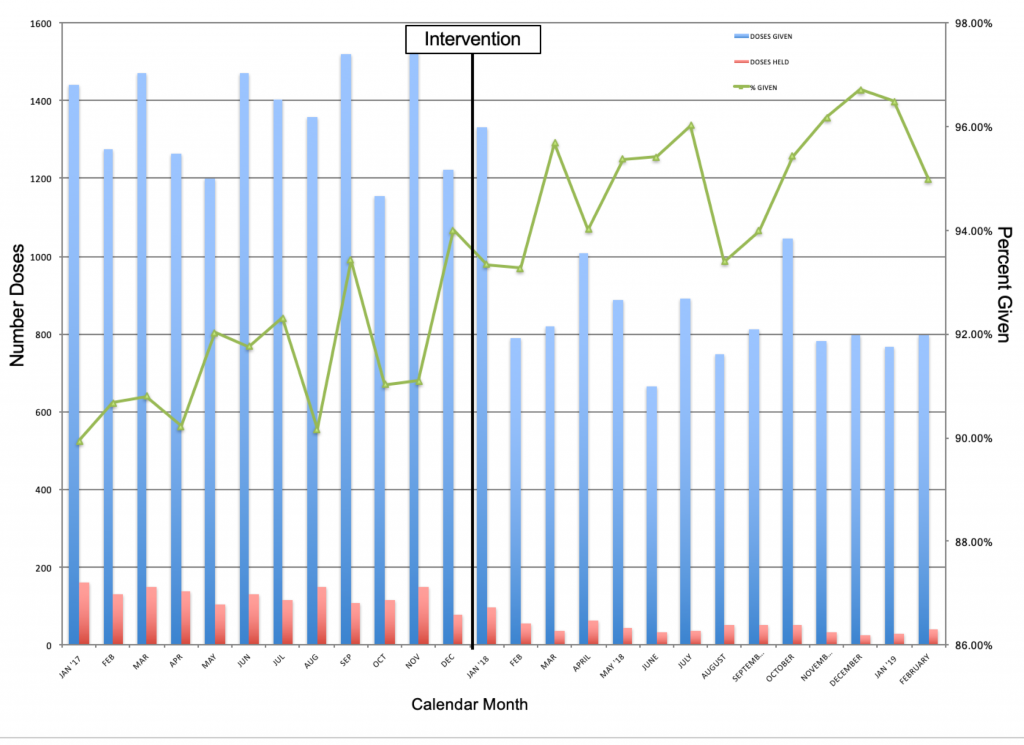 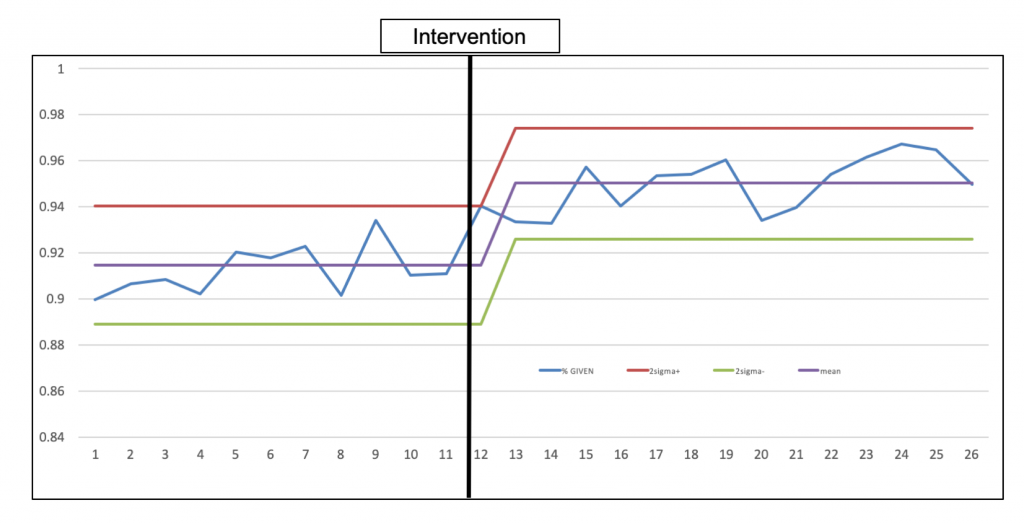 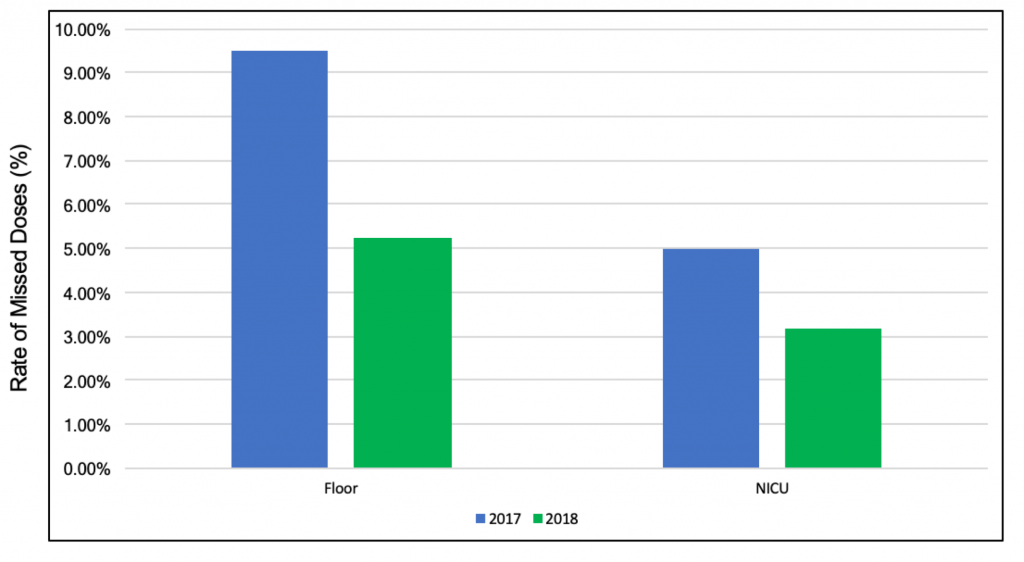