The Department of Veterans Affairs (VA) originally released the Computerized Patient Record System (CPRS) in 1997. While revolutionary for its time, there has been limited substantial update in the last twenty years. Customization opportunities and ease of acquiring data are limited compared with newer, widely adopted electronic health record (EHR) systems.

An inpatient electronic dashboard hub was created that draws data directly from the Veterans Health Information Systems and Technology Architecture (VistA) Integration Adapter (VIA), which allows it to pull data from every VA in the nation. Through this central dashboard is displayed patient identifiers/code status, intake/output, & vitals (Figure 1) that are updated every 8 minutes as well as on demand. Selecting a patient’s name from the dashboard launches a patient-specific view that shows all of the above as well as brings in an integrated note writing tool (Figure 2). Also in this patient-specific view you can access labs, studies, microbiology, and a medication administration record (Figure 3). When the daily progress note is finished, this can be conveniently copied and pasted into CPRS in an organized format.

This tool was launched on the Ann Arbor VA’s general medicine services January 2019. After the residents completed their inpatient month, an electronic survey was provided to give feedback on the tool.

From January 2019 through March 2019, 15 residents responded that had used the dashboard. 87% of respondents slightly or mostly favored the dashboard to CPRS while 13% were neutral; none preferred CPRS.

73% of respondents reported that they used the dashboard multiple times a day, with the other 27% reporting daily use. 67% of respondents reported that the tool saved time for rounds, 20% were neutral, & 13% felt the tool increased time for rounds. 67% wrote progress notes utilizing the tool daily, 20% a few times during their rotation, and 13% never used the tool for writing notes. 60% reported that they were slightly more aware of which patients have deep vein thrombosis (DVT) prophylaxis and Foley catheters and for the other 40% their awareness did not change.

Residents greatly prefer the dashboard application to native CPRS. This tool generally made utilizing the computer more efficient, slightly increased awareness of safety measures, and standardized inpatient notes. Throughout the test period most users found at least some error or omission, which highlights the importance of rapid plan/do/check/act cycles to continuously improve new initiatives based on feedback.

This dashboard tool for CPRS has great potential to improve the user experience and patient safety for the care of veterans across the VA system. 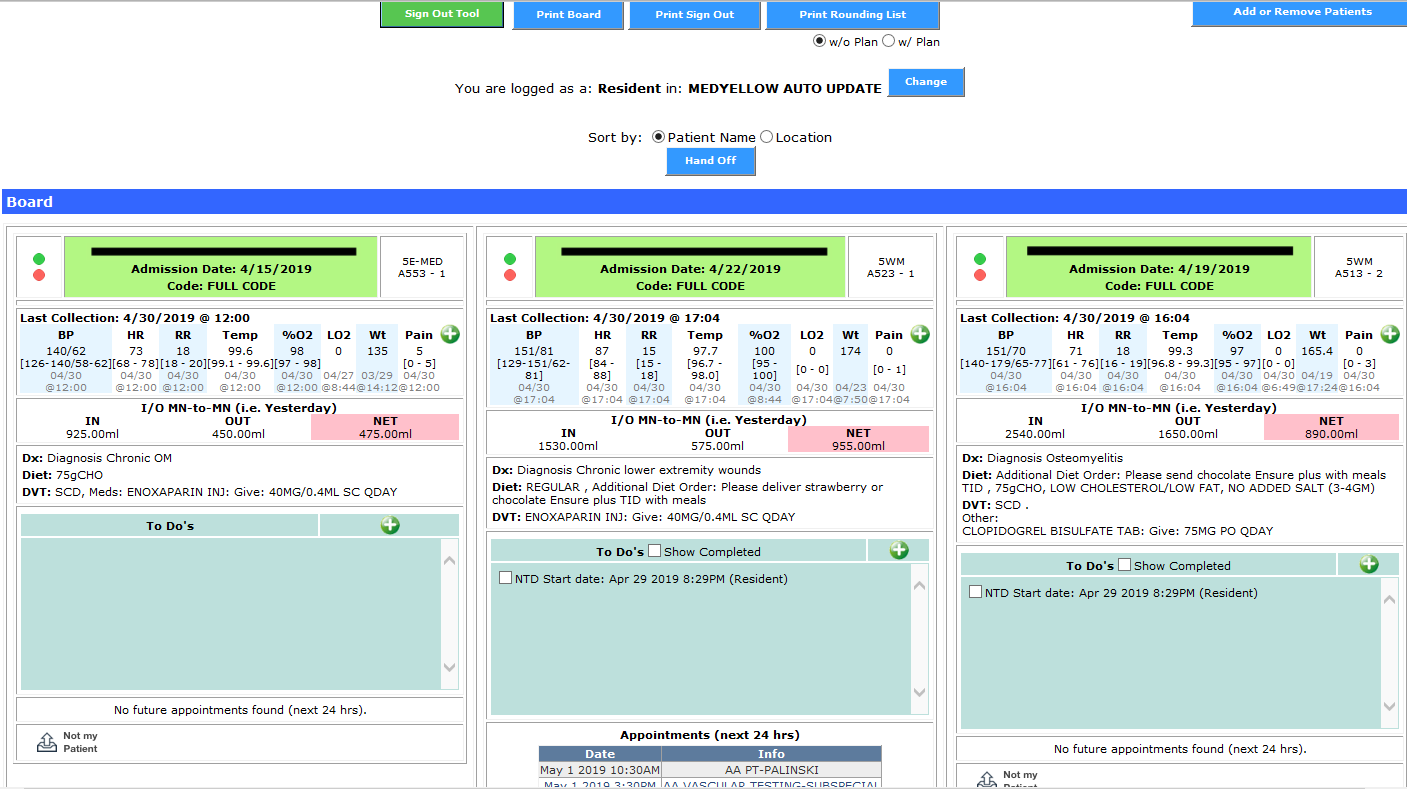 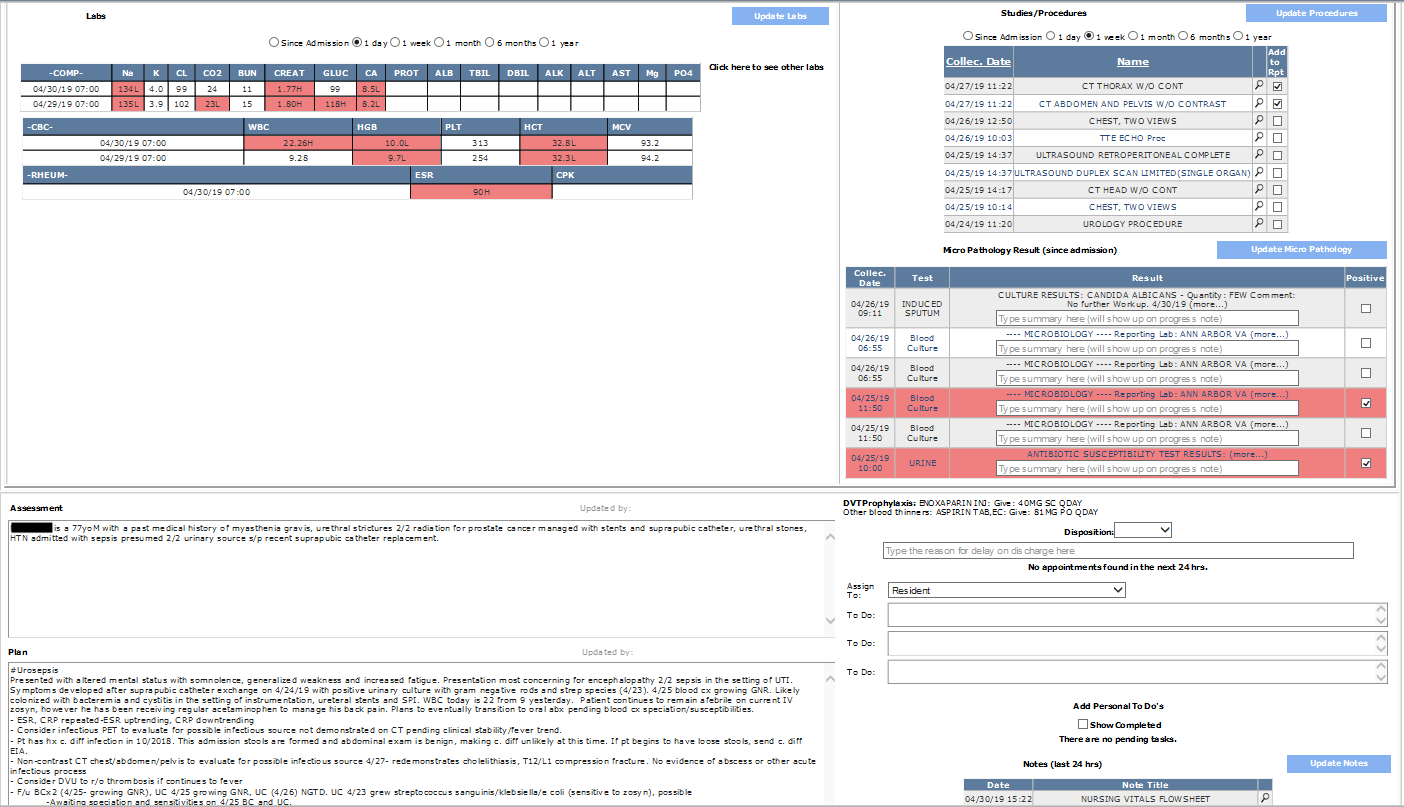 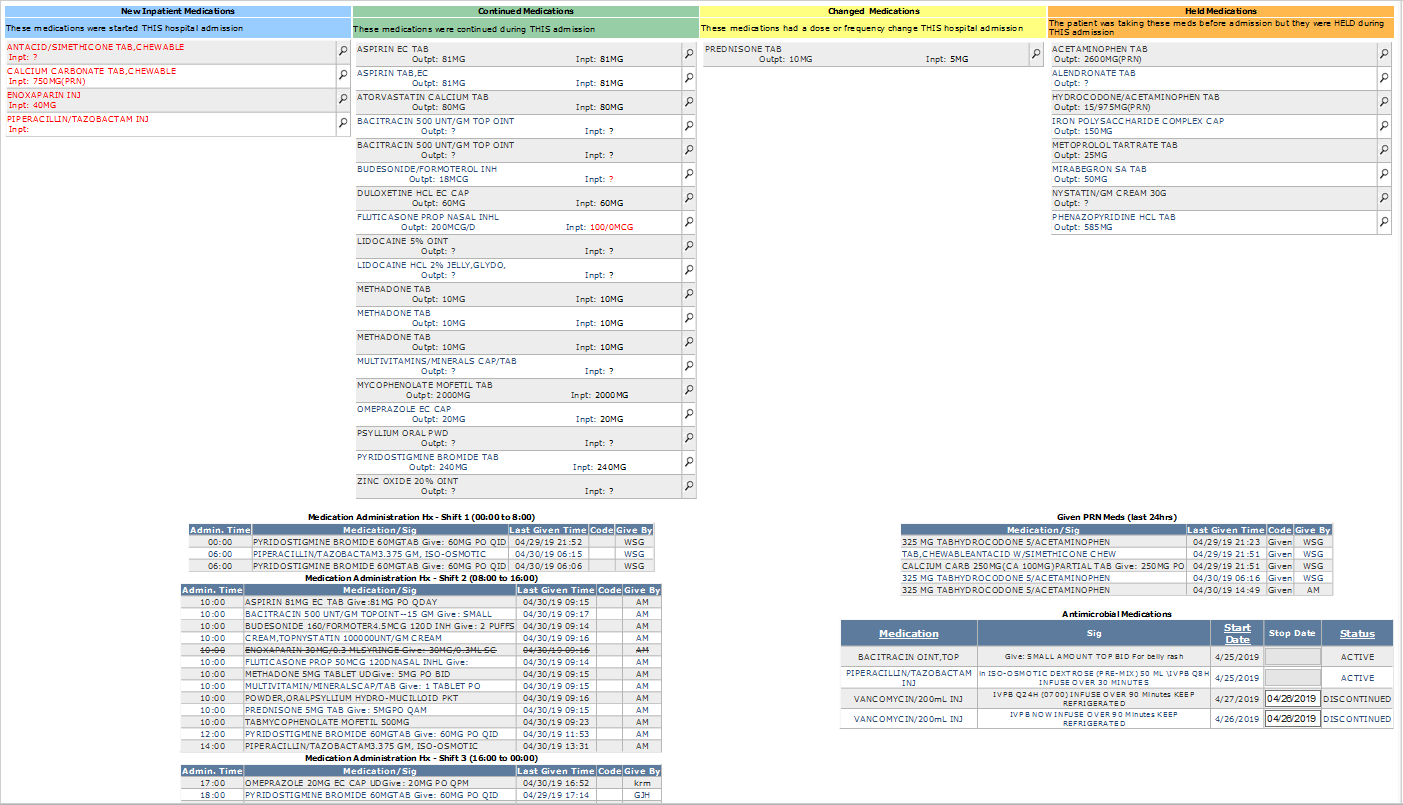