The HVC Committee designed a three-part, evidence-based intervention to reduce daily lab ordering among internal medicine (IM) residents.3First, an attending hospitalist educated residents on the evidence for on-demand ordering, with follow-up reminders to residents in weekly program emails. In December 2018, we began providing weekly feedback on lab ordering rates to residents on general medicine teams. Most recently, we gained approval from the VUMC Lab Formulary Committee to remove standing CBC and BMP orders in the new EMR. Roll-out of the order change is planned for June 2019.

To monitor the progress of our initiative, we have compared ordering rates for all hospitalized patients and those on hospitalist-led teams to those for patients on resident-led general medicine teams. Due to changes in information systems after roll-out of the new EMR, ordering rates from November 2017 to May 2018 are unavailable.

Lab ordering rates on general IM teams have decreased following education and data feedback activities, with reductions of 0.08 CBCs and 0.04 BMPs per patient per day in the eight months since the start of the initiative. During the same period, rates on hospitalist teams stayed relatively constant (0.03 fewer CBCs, 0.02 more BMPs), as did hospital-wide ordering rates (no change in CBCs, 0.01 more BMPs).

After previous successful initiatives at VUMC to limit daily labs, ordering rates increased after new EMR introduction and the cessation of prior education and data feedback activities. To re-address over-ordering, the HVC Committee has provided education and data feedback to IM residents, with modest decreases in ordering rates. A forthcoming change to the EMR may lead to more marked improvements. Our research is limited by the lack of ordering rates for a 6-month period following EMR implementation. 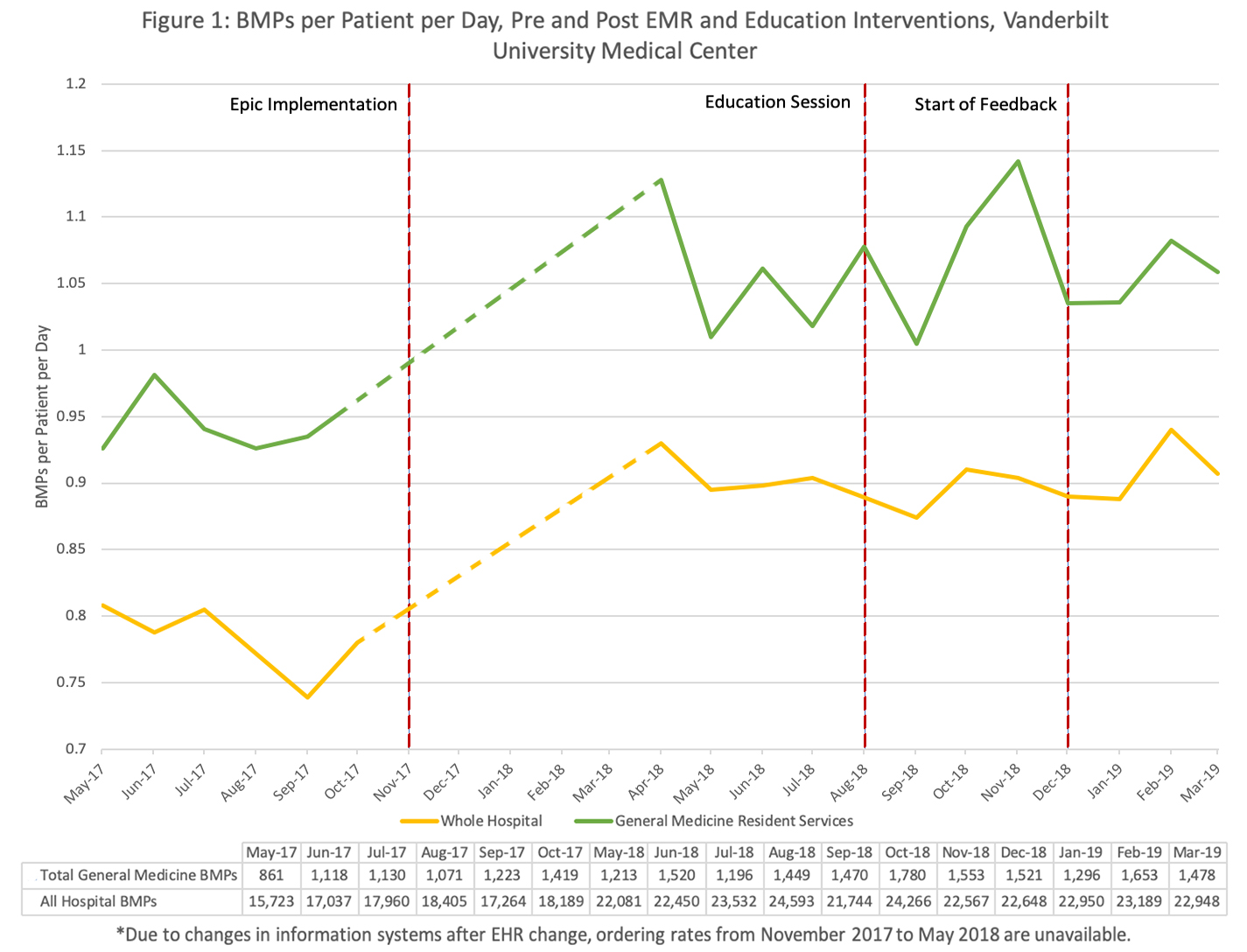 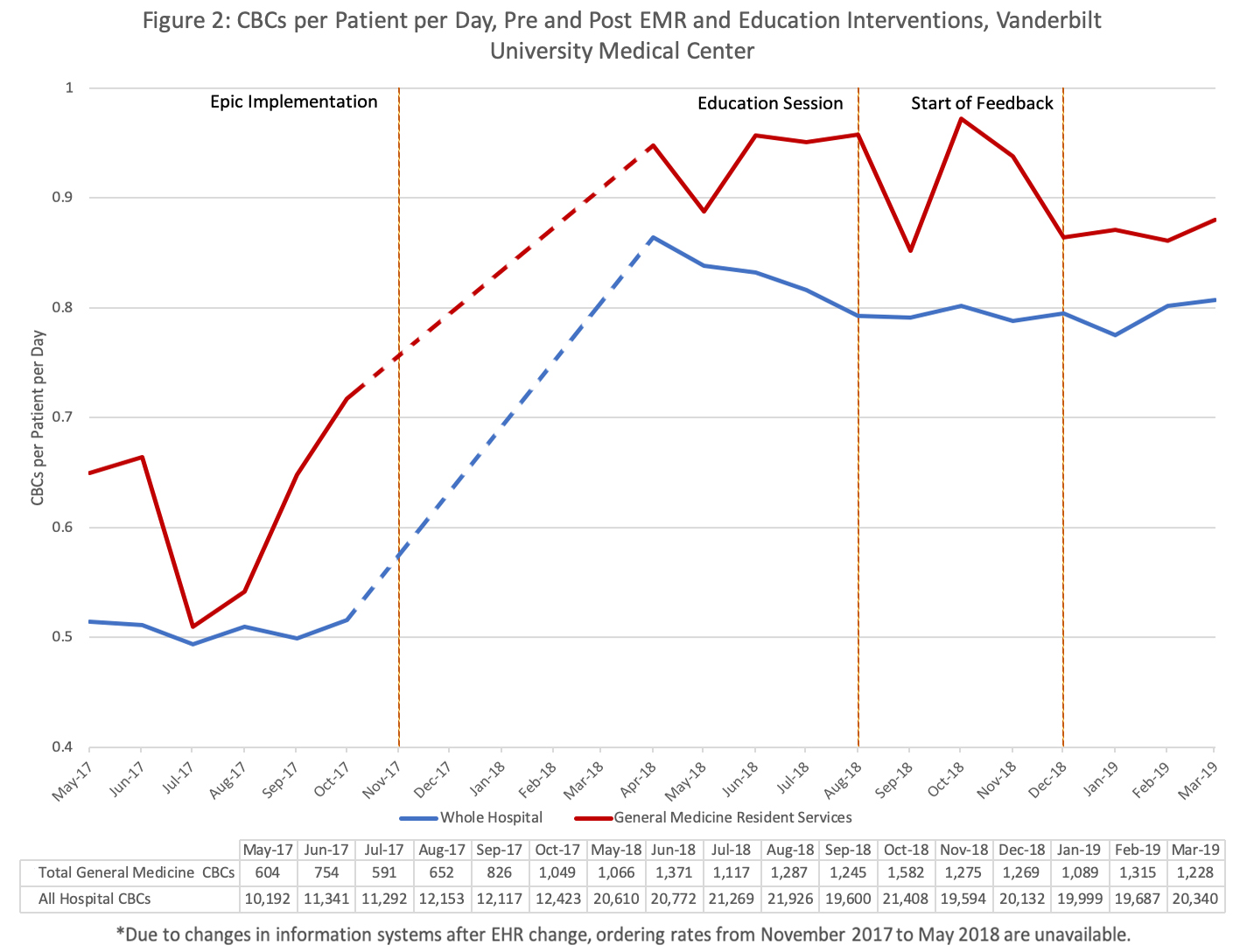